From an article written by Ken Macdonald 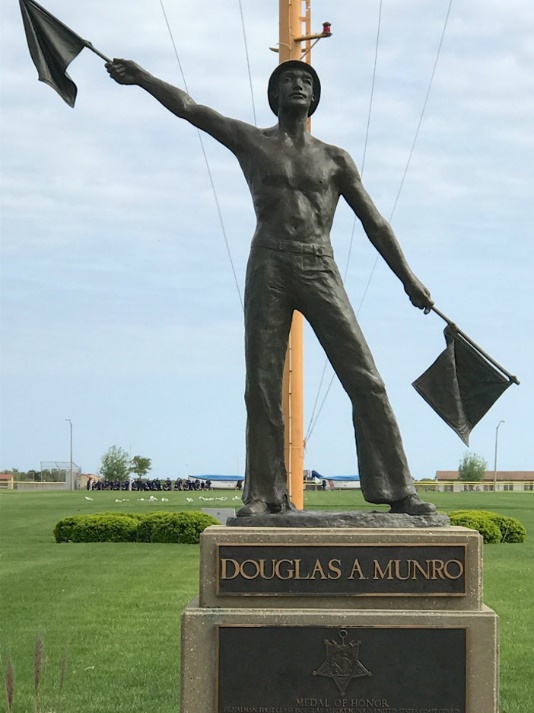 In 1942, the Pacific Island of Guadalcanal was a particularly hot spot. The Japanese and the American soldiers were engaged in a fierce firefight. There were about 500 United States Marines that became trapped on the peninsula by the Japanese infantry. If a successful rescue mission were not put into place immediately, every Marine on the island would die. Fortunately, Douglas Albert Munro from the U.S. Coast Guard had a plan, and he was sure it would work.

Douglas Albert Munro wanted to enlist with the United States Coast Guard. His father was a Captain in the Coast Guard Reserve, which is what helped influence his decision. When he tried to enlist, Doug found out that he didn’t meet the minimum weight requirement for recruits. This meant he had to eat and eat to reach the goal weight. Finally, he did.

When Doug’s training was over, he volunteered to serve on a cutter called, the USS Spencer He served on that ship until 1941. During this time, Douglas climbed to the rank of signalman third class. It was his job to man the transport vessels. He served besides sailors in the U.S. Navy. In June of 1941 he was assigned to the USS Hunter Liggett as signalmen were badly needed. The Coast Guard had skills that were quite valuable to the Navy and Marine Corps. They were able to handle small crafts under challenging situations. They could easily take the landing crafts to the island where they were needed the most.

The Hunter Liggett was a cargo ship. The War Department converted it and brought it back into service in 1939. In 1941, they handed it off to the Navy. Its role in the war was as an attack transport vessel in the Pacific. Now it was to see action at Guadalcanal.

Doug’s ship held 35 landing vessels called Higgins boats. It also contained two amphibious crafts that could transport tanks to shore. Since the Japanese were building an airfield in the Pacific Island of Guadalcanal, they had to be stopped. This would give them the upper hand over the Americans.

The Hunter Liggett anchored off Guadalcanal on August 7th. Munro had actually been transferred at this point to Rear Admiral Richmond K. Turner’s staff on the USS McCawley, another attack transport ship. Transfers between vessels were common because men were posted where their particular skills were required.

On September 27, Munro was in command of a small fleet of landing craft and had to transport three companies of Marines from Lunga Point on Guadalcanal to a location near the Point Cruz peninsula to engage Japanese forces who were offering stiff resistance.

At first, with covering fire provided by the USS Monssen’s five-inch guns, the landing went smoothly. The 500 marines marched to a ridge a few hundred yards from the beach and set up position there. But then a massive Japanese force attacked the marines. By then, Munro and his landing crafts had sailed back to Lunga Point.

The marines were trapped and had no functioning radio. One quick-witted marine collected his comrade’s undershirts and formed the word “help” in large letters. Luckily a pilot flying overhead spotted the message and passed it on.

Back at Lunga Point, Munro learned of the plight of the men he’d recently landed at Point Cruz. He immediately volunteered to lead the rescue mission.

It’s worth reflecting on these 36-foot landing craft that Munro was commanding. Their hulls were actually built with plywood and their only armament were two .30-caliber machine guns. As Munro and his little fleet approached the Point Cruz shore, they were met with a hail of bullets from the Japanese wounding some of the men aboard the boats.

Even in the face of this hostile reception, Munro got his landing craft on to the beach and evacuated the marines as the Japanese advanced towards them. Every man was taken off the beach, including the 25 wounded.

Munro now headed for the open sea. But then he saw a landing vessel that had become stranded on a sandbar. Munro guided his vessel to a nearby spot to direct the freeing of the stranded craft. It was then that a Japanese bullet hit him in the head. With his last breath, he had one question, “Did we get them off?”. Answered in the affirmative, he smiled and slipped away.

For his bravery, he was awarded the Medal of Honor. The citation read, “He gallantly gave up his life in defense of his country.” He is the only member of the Coast Guard ever to be given this award. 500 Marines were facing certain death –To save them he made the ultimate sacrifice. Doug gave up his life to save the lives of the 500 Marines. He is the true definition of a hero. 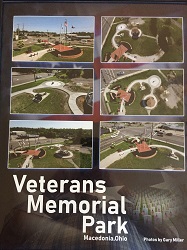