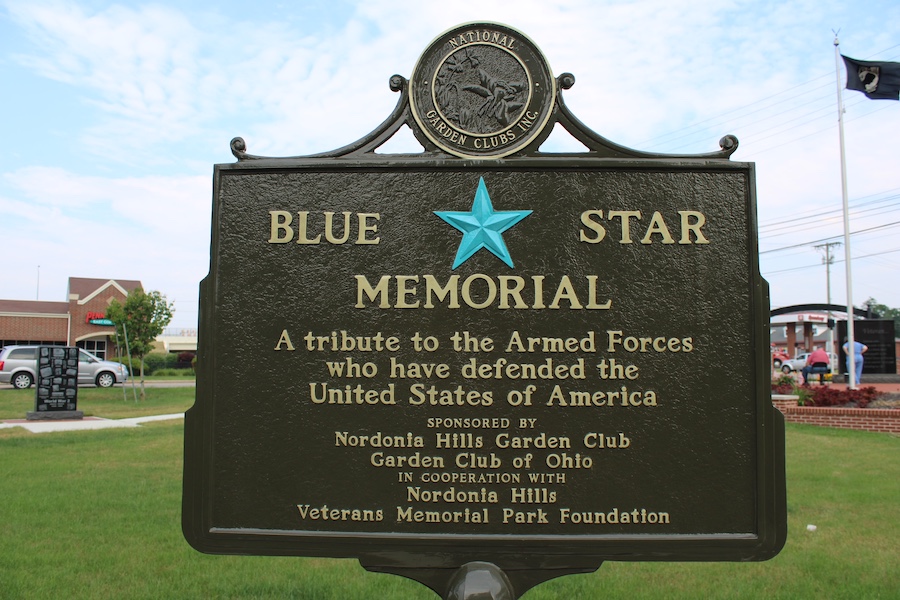 At the start of the American involvement in World War I, families hung banners with Blue Stars representing family members that were serving in the Armed Forces of the United States during any period of war or hostilities. If the service member died in combat, the family changed the Blue Star to a Gold Star.

At the close of World War II, the National Council of State Garden Clubs (now National Garden Club) like other public-spirited groups, were seeking a suitable means of honoring our service men and women.  This program began with the planting of 8,000 Dogwood trees by the New Jersey Council of Garden Clubs

In 1945, the NCSGC adopted this program and began placing Blue Star Memorial Highway Markers that would eventually cover thousands of miles across the Continental United States, Alaska, and Hawaii.  The Blue Star was adopted has it had become an icon seen on flags and banners in homes for sons and daughters away at war.

While it originally began to honor World War II veterans, the program was enlarged in 1951 to include all men and women who had served, were serving or would serve in the Armed Forces of the United States.

In 1981, the program was expanded again to include parks, civic and historical grounds.

Information on the Nordonia Hills Garden Club at:

Information can be found on the National Garden Clubs at: