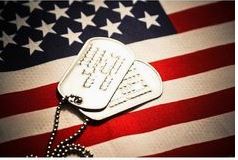 Of all the women to be decorated for valor since 1900, Leigh Ann Hester is arguably the best known. She is also the only one not to have ties to the Army medicine.

Hester was a military policeman assigned as part of a squad designated “Raven 42.”

When insurgents ambushed a convoy on March 20, 2005, in Iraq, Hester — a team leader — was among those who leapt into action. Upon their arrival, one of the vehicles was hit by an RPG, and some of the soldiers moved to treat the wounded.

Hester would join then-Staff Sgt. Timothy Nein in clearing a ditch, using M4 carbines and grenades. Hester would later be credited with killing at least four of the 26 insurgents that were dropped on the spot, while Raven 42 also was credited with capturing five others.

Monica Lin Brown may be the youngest woman to be decorated for valor to date. On April 25, 2007, she was with a convoy in Paktika Province Afghanistan when it came under mortar fire after one of the vehicles triggered an improvised explosive device. According to the medal citation, Brown, who was an 18-year-old private first class at the time, ignored enemy fire and ran to treat the casualties.

Several times, she shielded the casualties with her own body, treating their wounds less than 50 feet from a burning vehicle loaded with ammunition. As rounds began to cook off, her platoon sergeant arrived and used a vehicle to move her and the casualties to a safer location. Brown continued to treat the wounded until they were evacuated.

With the 2nd Squadron, 17th Cavalry Regiment, Hill was piloting her Kiowa Warrior when the lead chopper came under heavy fire. She drew the fire away, simultaneously providing suppressive fire for the troops engaged with the enemy on the ground.

A rocket-propelled grenade hit her, damaging the helicopter instrumentation, but instead of focusing on her predicament, she established communication with the ground forces and continued to provide them with aerial weapon support until the soldiers reached safety.

As she turned her attention to the aircraft, which was losing hydraulic power, the helicopter took on machine-gun fire, a round crashing into one of her ankles. Still, with a damaged aircraft and an injury, she landed at Forward Operating Base Normandy, saving her crew and aircraft.

For her actions she was presented the Distinguished Flying Cross by Vice President Richard Cheney at Fort Campbell, Ky., on Oct. 16 2006.

Recalling that day in March, Hill reflected,” I was actually just glad I didn’t pass out and very happy I was able to help the ground guys out, and get our helicopter down safely on the ground.”